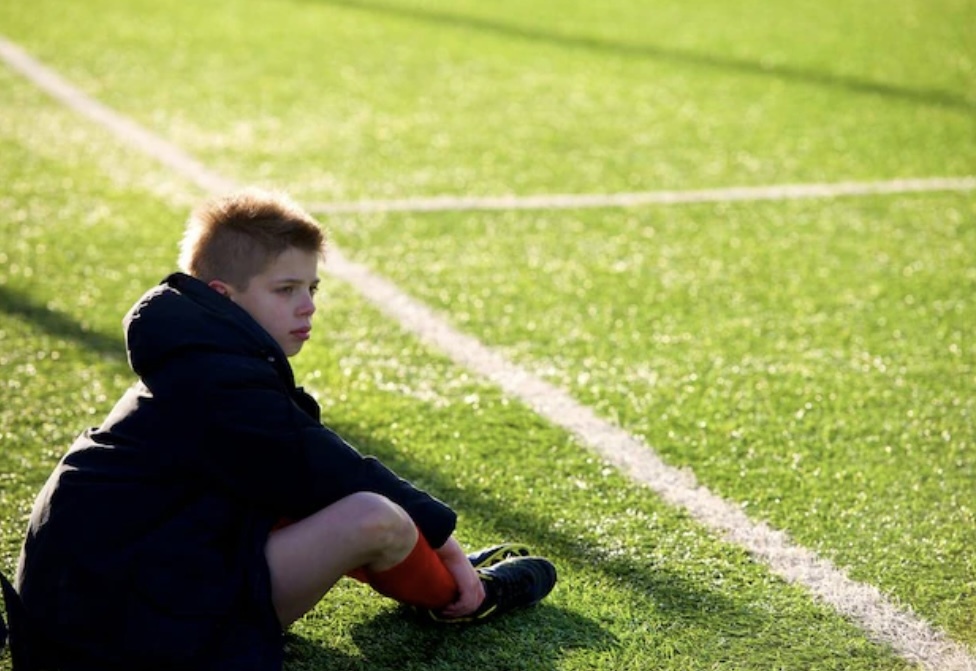 Disclaimer - this article is not written about any member of Manortown United - it is an extract from the Irish times article published this week by jen Hogan. 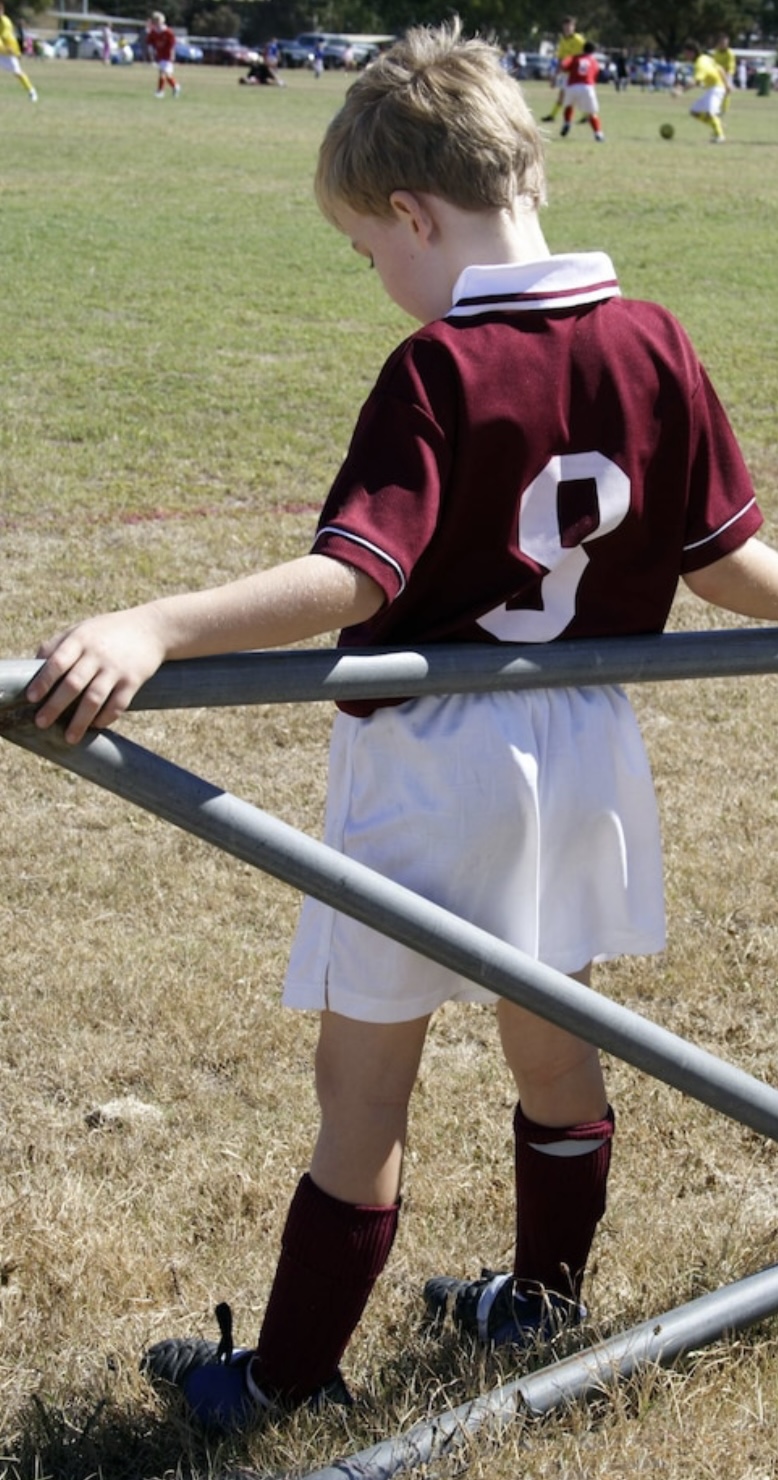 What happens when team sports stop being fun and end up chipping away at a child’s confidence?

“We nearly lost our boy to sport, and from our lives due to the small mindedness of men who needed the win at under-12 to make them feel they were great."

The benefits of team sports for children are well recognised – improved fitness and coordination, opportunities to make new friends and to learn how to be part of a team. And, probably the most important of benefits – fun.

But what about when team sports stop being enjoyable?

Mum-of-four Claire says the competitiveness of her son’s GAA coaches was devastating to her now-teenage son. “We nearly lost our boy to sport, and from our lives, due to the small mindedness of men who needed the win at under-12 to make them feel they were great,” she says.

Claire’s son has played hurling and Gaelic football with the local club since he started primary school. “Like many small Irish communities, the GAA is the centre of village life, particularly among the boys,” she says.

Claire drove her son to training and matches all season. But when his team was involved in a final, he “stood on the sideline and was the only child not to be played that day. He stood on the field congratulating those who played. He has earned a medal, but he was never played.

“That night he vomited many times, not wanting to go to school the following day as the only player who did not get a turn. He cried himself to sleep after writing a heart-wrenching note stating how useless he is – how the boys on the team, the coaches and mentors think he is ... crap. He wrote about how he was always left on the side and rarely got a turn.”

The following week, Claire’s son wanted to go to an under-12 match “in which every boy in his class but him, and another boy were on the panel. On the Saturday he trained again and on Sunday togged out for a challenge match and was called on to play for the last 10 minutes. He came home and cried again”.

Claire says she understands “the coaches give up their free time to train and mentor and they have a duty of care to the whole team. A win is important, that I get, but in an age of wellbeing and mental health awareness, I do think that the child on the sidelines needs to be acknowledged.

No Sarah describes her 12-year-old as “your poster child for GAA exclusion and sidelining”. Her son has been a member of their GAA club for over seven years, and his siblings are involved with the club too. Sarah’s husband tried to address the issue of exclusion with the club but says it didn’t go well.

“We were really hoping he’d be concerned for John and want to make things better for him as he’s a child, not take it as a personal attack.” Sarah says she feels her son’s coach “doesn’t see any value in our son and has been trying to push him out over the space of about a year.

“Sidelining, playing younger kids over a team-mate who turned up to the match, and blatant degrading of compliant, quiet players in favour of ‘go-getting’ winners” are all things Sarah says happened to her son.

Mum-of-three Anne has seen exclusion from both sides – where one of her children has been excluded and left on the soccer sidelines, while another has been asked to take a place on an older child’s team, in spite of children of the correct age being available to play.

Anne says her middle child is a much stronger player than his older brother.

“The oldest one goes to train religiously every week and then when there’s matches ... he doesn’t get picked, or he’s left on the sidelines. In some cases we’ve found out afterwards, not alone was he not picked but they actually got kids from the younger group up to play in lieu of him because obviously they wanted to win. We were really upset about it.

“For the younger guy who’s really good, he has been subsequently asked to play for an older team, when we know that there’s players on that team who haven’t been asked to play.”

Anne says her older child “gets very frustrated. He kind of realised they really want to win the match and I may not win the match for them. He justifies it a little bit in his own head”.

“We’re very disillusioned with the soccer club”, Anne says. “My child is there every week and he does his best and he tried hard and I feel he’s too young for that to be happening. It’s happened all the way through with soccer. Personally myself and my husband would love him to quit soccer. He’s now 12. This is going on since he joined the club when he was 6.”

Shane Smith is a primary schoolteacher and also works in coach education. He says there are two non-negotiables for children in sport – “no child should be a sub every week” and “each child should be awarded equal game-time”.

“I would be of the opinion that clubs need to define their coaching philosophy and roll that out to club coaches and managers. A simple set of guidelines and principles that define expectations of coaches on game day regarding equal game-time and inclusion of all the children at that age group. Also, for the club to define what success looks like. For example, is success winning an under 11 league, or is success retaining players through the ages.

“The research tells us that children are not motivated to play sports to win,” Smith explains. “Amongst the motivating factors to play sport for children are the social outlet that sport offers, the friends they make and they also like to improve at a task ... if children are not having fun, in a positive environment that is not overly competitive, we will invariably see a drop off.”

That’s not to say that Smith is against competition.

“Competition is healthy, once it’s healthy competition. It’s normal to win and it’s normal to lose. That’s life. It’s the coaches who often need to set a good example as to how winning or losing is perceived.

“But success for children in sport cannot simply be defined by whether they won the match on Saturday. Success could be putting on a pair of boots for one child and scoring a goal for another. It could be kicking a ball for one child and saving a shot on goal for another. For the shy quiet children, success could simply be being part of a team and developing socially. We should never lose sight of this.”

Damien Byrne coaches boys and girls soccer teams with Peake Villa in Thurles, Co Tipperary. He says one of the important things to him is “making sure that all the kids had fun”.

“In the last couple of years it has been more difficult because we’re getting a wider range of kids and a wider range of abilities, but the principle is still the same. I would look at the beginning of a session, boys or girls, I would count ... we would divide up and make our plan based on those. Everybody gets to partake in our warm-up. They all get to do the runaround, everything is done as a group.

“Everybody knows that a child at under-12s has to get 50 per cent game time ... whether you win or lose. It is hard to convince managers, but we’ve been successfully doing it.”

Byrne says he operates a system of rolling subs to ensure everyone gets a fair amount of time. He also says he’s starting to reconcile the need to ensure players have fair time, even though the change might influence the scoreline negatively.

“The last two years, I’ve started to work with competition teams, our girls’ teams under-12s and under-14s, and I have had occasion where ‘should I make that change ... if I make a change now are we going to lose the game?’ and I’ll look across at the child that is standing beside me and I’ve thought ‘it doesn’t really matter. Everybody’s put in the effort and she deserves to be a part of that effort’ and I will put them on.

“The kids need to learn. They also need to know it’s not always about winning. It’s about everybody taking part. It is about it being a team sport and that’s what we’re trying to convince all of these kids.”

Happy New Year from all at Manortown

Happy Christmas to all our Players, Families & Supporters

A really exciting finish to our World Cup Draw - The Clea...

Hey Guys see the top 20 leaderboard as we enter the final...

Help Evelyn get the treatment she needs

Help needed - one of our former Senior players - Gav O’By...

History in the making……..

Manortown United FC sends their best wishes to the first ...