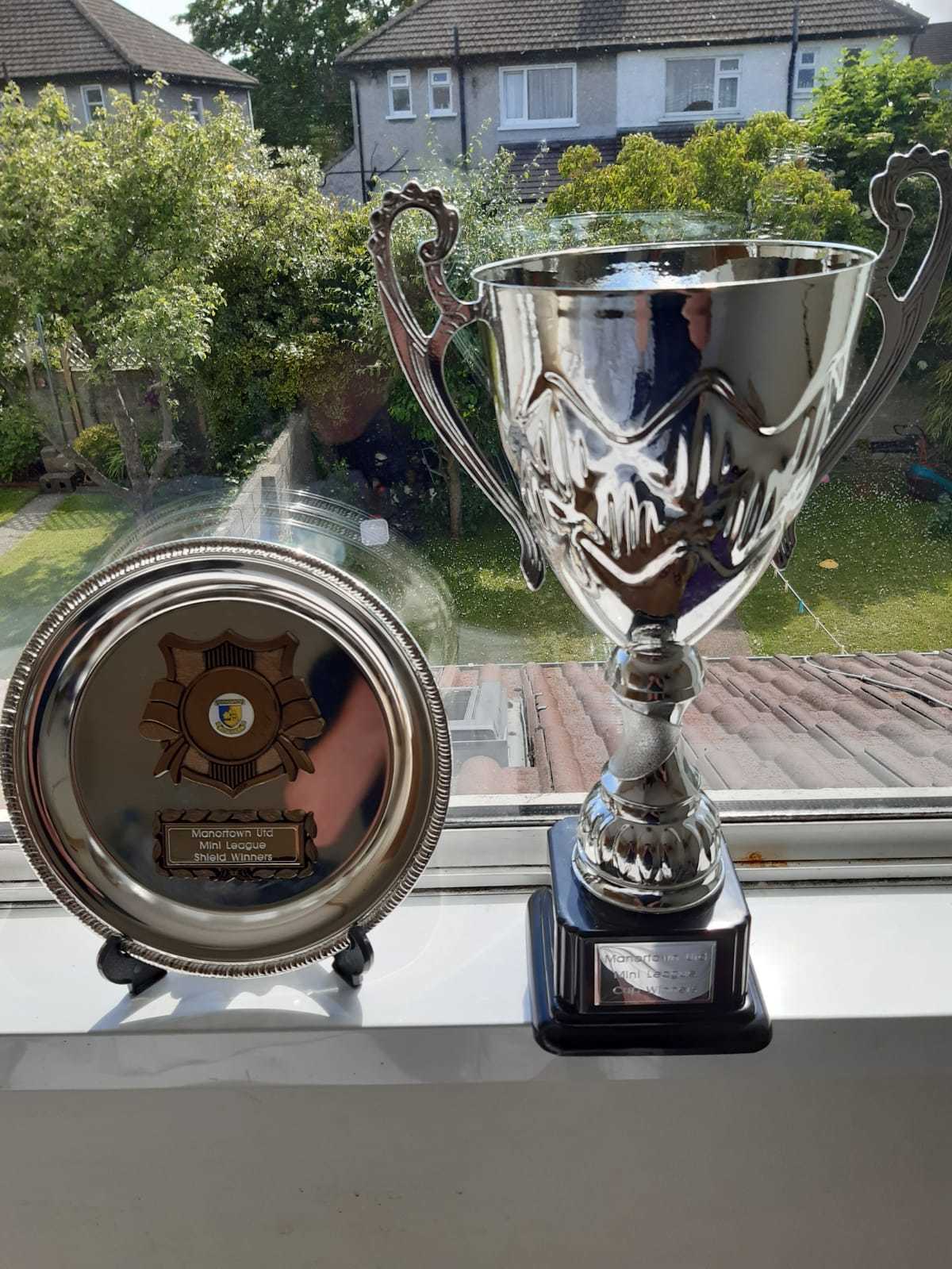 The now famous Manortown United Mini Leagues kick off this week which has proven to be a very popular competition for kids of all ages in the Perrystown and surrounding area for over fifty years. Teams under 8, 10, 12 and 14 compete this year for the Jack O Byrne Cup and Shield.

Due to unprecedented demand the final arrangements of the teams will be announced on Thursday night/Friday morning.

For those of you who are new to the club or the area, we just want to put up a bit of information on Jack O Byrne.

Jacko, as he was popularly known, lived in Perrystown for 44 years in a large house on Whitehall Rd West beside the Borza Chipper. The house is still standing although it has been turned into a block of apartments called Loyola House. This was the original name of the house.

Jacko brought up 11 children with his wife Breeda, as well as dogs, cats, chickens, turkeys and horses. Breeda is still alive and well. This competition has been kindly sponsored by one of his children, Benny, to honour the memory of his dad. Benny has been living in the U.S. for the last 35 years with his wife Sandie and three children, Dylan, Stephanie and Danielle.

Jacko was many things to many people. But he is best known as a League of Ireland and Leinster Senior League referee. He was also a FIFA referee inspector for many years. Along with his good friend Bobby Lynch, he refereed in all the Manortown senior 7-a-sides that ran from the early eighties to the late nineties. He also refereed in our mini leagues and any celebrity or charity match that was held by Manortown. He never accepted payment, he did it all for the love of the game. During a game he was refereeing, there were two things he would not accept, bad language and bicycles on the sidelines. Any time he saw a bike he would stop the game and wouldn’t restart until bikes were removed. He was also well known for encouraging players on the pitch rather than dishing out orders or cards. This made him very popular with the players.

Jacko blew his last whistle on the 18th of April 1998 and we are delighted to hold this competition to honour his memory. We would like to thank Benny and Sandie again for their kind sponsorship of the competition and we know Jacko will be looking down kicking every ball, especially as he will have four great grandchildren playing in the tournament. Sam, Izzy, Harry and Bobby Cowzer will be playing in different age groups representing their great- grandad.

So, looking forward to eight days of great competition. The kids always have a great time which is the main thing. They will be playing for the Jack O Byrne Cup and Shield which is a great way of remembering a great character from this area.

Best of luck to all players.

2 more sleeps said the Chairman when we left the club ton...

The teams are announced - now you know who you're playing...

Last call for entries for the Famous Manortown Mini Leagu...

Happy Easter to all our Manortown Families

Wishing all our Manortown Players &amp; their families a ...